Solo travel, especially for women has been on the rise recently. But what does Islam have to say about it? Different scholars have different views on the topic. But since many women and their families fear the idea of traveling alone for women citing security and religious reasons, we’ve decided to help you with our brief guide citing Ahadith and scholar’s opinions so you can decide for yourself whether or not Muslim women should travel alone.

In this era of technology and convenience, traveling is not what it used to be. Fortunately, technology has made it possible for people to stay in touch with one another at all possible times, you can view one’s live location while they’re traveling, and can even keep track of your prayer times and pray during your travel. This way, your religion and safety, both stay intact.

Moreover, the communication modes are safer than ever with increased security. But are all these reasons sound enough to permit Muslim women to travel alone without a mahram?

Read on to discover the scholars’ expert opinions to get well-informed on the topic.

“It is not permissible for a woman who believes in Allah and the last day to make a journey of one day and night unless she is accompanied by a mahram (husband or male relative whom she is prohibited to marry).” – (Al Bukhari & Muslim)

“No man must not be alone with a woman except in the presence of her mahram. No woman should travel except in the company of a mahram.” A man said: “O Messenger of Allah! I have been enrolled for a such and such expedition, and my wife left for Haj.” He said to him, “Go and perform Haj with your wife.” – (Al Bukhari & Muslim)

“A woman who believes in Allah and the Hereafter shall not travel for (a period of) a day and a night unless accompanied by a mahram of hers.” – (Al-Bukhari & Muslim)

Based on the texts above, certain scholars including Imam Abu Hanifah and Imam Ahmad bin Hamdal believe that it is not permissible for Muslim women to travel alone without their mahrams. If a Muslim woman wishes to travel, she must be accompanied by her husband, father, or brother.

This is largely due to the fact that traveling is a hard and exhausting activity, and women being physically more vulnerable can fall prey to harm, danger, or sickness during traveling. Moreover, women can also face a dangerous situation that cannot be dealt with without a mahram present. Especially in today’s world where harassment and abuse remain exceptionally common.

The purpose of a mahram in a woman’s life is to protect and guard her against any harm or evil. Therefore, it is recommended by some scholars to have a mahram present with a woman during her traveling at all times.

However, this prohibition is in no way meant to restrict or stop a woman from enjoying her basic right to movement and travel. But it just recommends they travel with a male guardian to prevent any harmful or dangerous encounters she may face difficulty facing alone.

“If you live long, you will see a woman travel from Hirah (a city in Iraq) to circumambulate the Kabah fearing none but Allah.” – (Al Bukhari)

Moreover, Umar Ibn al-Khattab (RA) also allowed the Prophet’s wives (Mothers of the Believers) to travel for Hajj with a group of believers and sent with them Uthman Ibn Affan and Abdul Rahman ibn Auf. Under this precedent, Imam Malik, Imam Al Awza’i and Imam Shafi’i said, ‘A woman who does not have a mahram may travel for her obligatory Haj with other women in the trustworthy company.’”

Other scholars such as Ata’, Sa’id Ibn Jubair, Ibn Sirin, and Hasan al Basri have also allowed Muslim women to travel by their selves for Hajj without a mahram as long as she is accompanied by a group of people she trusts.

Moreover, Imam Al Baji, a Maliki scholar has mentioned in A Muntaqa Sharh Al-Muwatta that a woman’s travel alone without the presence of a mahram is dependent upon how many people are accompanying her on a journey. It is not allowed for her to travel alone if she is with a small group of people. However, if she is accompanied by a large group of people who can care for her and her security and can be trusted, then it is allowed for her to travel alone.

However, all in all, the sole reason women are not advised to travel alone is due to security reasons. As it is likely for them to encounter any evil or harm in the face of harassers or they may even fall victim to a robbery being unable to fight back.

So, in such a case where security is guaranteed and there are no fears of danger present, a woman may travel alone in today’s world where travel is not only easy but also safe and secure such as by air, train, or bus. In all these cases, large group of people are also present. So, security is guaranteed.

However, in case a woman is traveling alone from one town to another or one city or country to another, and the journey requires her to stay overnight or more, in a hotel or other means of accommodation, in such a case, a woman should travel with a mahram or stay with a trustworthy Muslim family or close relatives to avoid falling prey to harm or encounter security hazards.

All the opinions of the scholars mentioned above are reliable and can also be considered. All in all, one can conclude that a Muslim woman may travel alone if she is certain that her safety will not be jeopardized in any way. In case there is doubt, for instance, she is traveling to a place that is known for being unsafe in any way, she should take her mahram along with her. 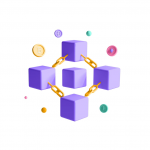 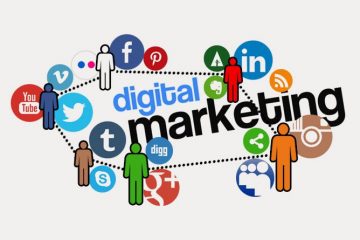